The latest banwave from Blizzard happened just on the 1st of July and it’s been glorious. Tons of people have been banned and the servers haven’t felt cleaner. I knew that one Soldier 76 in that one game was just too good to be playing fairly!

But I digress; Blizzard has been doing a fantastic job in maintaining the integrity of the game by quickly taking out these script kiddies before their taint spreads farther unlike Valve with their treatment of Team Fortress 2. While CS:GO has its automated VAC bans, it doesn’t take everything out and, sometimes, a lot of hacks get right through, only banning the hackers when a live moderator steps in. And, even then, they aren’t too aggressive on the matter. Hackers on Steam sure get the full worth of their Steam keys.

Unfortunately, for Blizzard’s side, script kiddies certainly get punched in the nuts way before they can start doing stupid crap. But what’s even more hilarious is the fact that these same cheaters have the nerve, gall, balls, or whatever you want to call it, to get angry AT Blizzard for an apparently “unfair” ban.

You can click on the link above to see the full album of the reactions, but here are a couple down below as a sample of what to expect. Enjoy.

There’s been a lot of drama about the illegal online gambling market related to CS:GO’s community and it certainly hasn’t slowed down. Two prominent CS:GO YouTubers, Trevor “TmarTn” and Tom “ProSyndicate” Cassell, are part of all this hubbub. Normally, it would be fine for Valve to just let go of this gambling crap except that these two YouTubers are at the center of it all by being the owners of said gambling sites and not saying anything about the matter at all in any of their vids. Talking about the sites isn’t necessarily punishable, but being at the head of it is clearly another story.

This revelation, of course, breaks all kinds of rules, both written and unspoken (it’s pretty illegal) though the YouTubers both claim that they never hid their involvement with CSGOlotto. However, there has been no mention in any of their videos or video descriptions stating that they are the owners of the site.

Valve’s been trying to get these sites shutdown for the longest time but has still been unsuccessful to this date. The real issue here is that, while it’s being claimed that these slot machine-esque gambling system of the sites via lootboxes is fine because the skin rewards are purely cosmetic in the game and have no real bearing in performance, but the skins can sell for thousands upon thousands of dollars. With that in mind, it’s now, essentially, become real gambling. The legal gambling age in the US is 21. What age is the biggest demographic for shooters in general? Kids. There’s the real problem.

What’s more, there are a number of websites, like CSGOlotto, set up with the sole intention of promoting gambling where you can use your gun skins as tokens and win bigger and better skins or lose out. Considering the amount of money at stake with these skins, you start to see why it could be a bit of a problem for two YouTubers with a hefty sum of CSGO videos on their channels to promote a website like this and not disclose that they own it.

Since this CSGO gambling scandal broke, however, Martin has deleted almost everything related to the scandal from his Twitter and YouTube accounts, while Valve have added a huge anti-scam warning to CSGOlotto when you try to log into the site via Steam account. It certainly isn’t a good scandal to have in the game considering that the playerbase is getting splintered due to the advent of Overwatch. Hopefully, everything goes back to normal and stuff like this isn’t on anybody’s Steam account news feed anymore.

Xbox Kinect can be use to read your Xbox redeem codes for easy access. Not only can they scan QR codes from your regular redeem codes, but they can also redeem gift cards, give aways, and pretty much anything with a QR code related to your Xbox One.

To begin scanning the QR code, all you have to do is use the voice command, “Xbox, use a code.” This will then cause your Kinect to activate and start scanning the room it is located in. Simply hold up your Xbox redeem code or redeem gift card up in front of the Kinect camera and it will automatically read and, well, redeem, your Xbox redeem code. Whatever it is you have purchased the code for, your Xbox One will download it immediately if connected to the internet. Naturally, make sure that your net connection is not interrupted. However, even if it is, you can simply start it up again with no worries. Do note that the marvelous technology of the Kinect enables it to see QR codes up to 6 feet from its camera.

Use a QR Code Generator

Now, if you happen to have an Xbox redeem code that is in the form of a 25 digit string to manually input and you don’t like that method, you could always visit legitimate and trustworthy sites that will transform your 25 digit code into a QR code for some easy Kinect scanning. You can print out this QR code or simply use your smartphone to show to the Kinect camera. 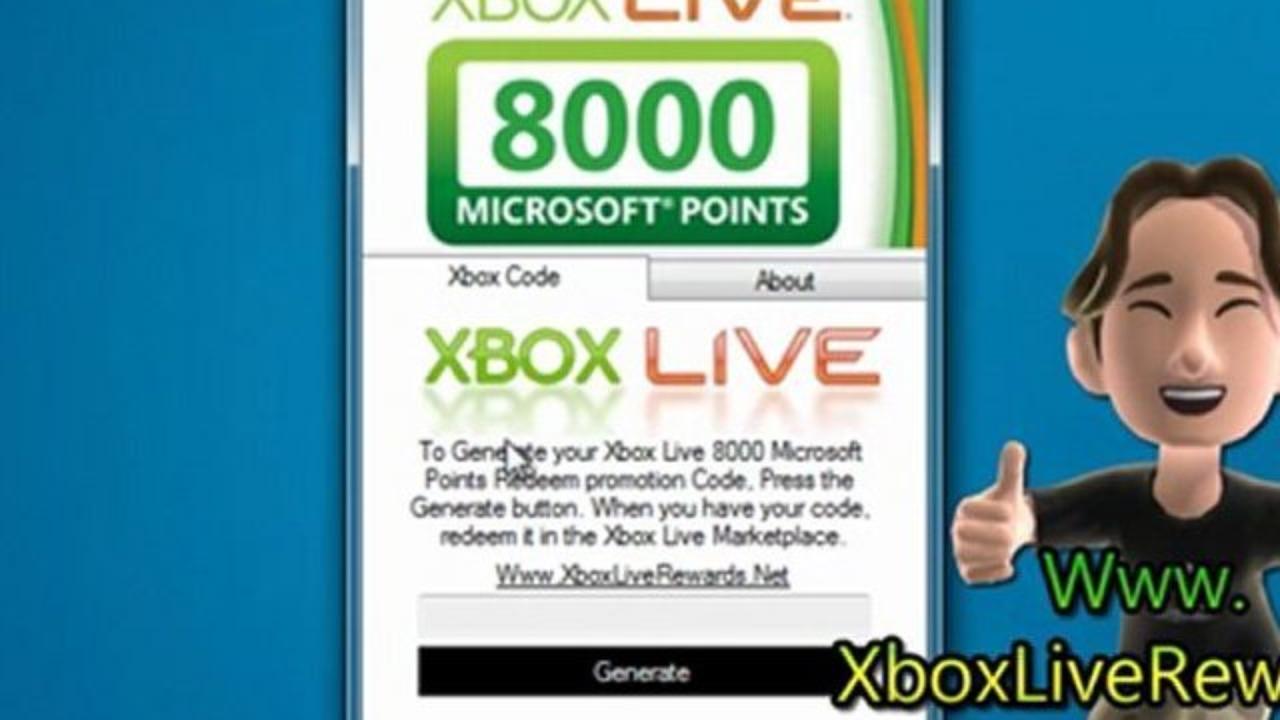 As it was explained in an earlier article, you can also use the old fashioned way of entering an Xbox Redeem Code. Again, it can be confusing for a first timer, so we can’t really blame you for not finding it immediately. Go to Apps and select “Use a Code” in the menu system. Just scroll to the right until you find that bit. Once there, all you really have to do is enter the 25 digit code and you’re golden.

For more Xbox redeem codes and gift cards, be sure to visit PlayerAuctions for all your code needs.

Phishing scams have been around since the dawn of the internet. In one way or another, there’s always been that one asshat making up new ways to get your personal information by hook or by crook. From something as innocuous as twitter info to bigger game like presidential election fraud, this has been a part of internet life since its conception. 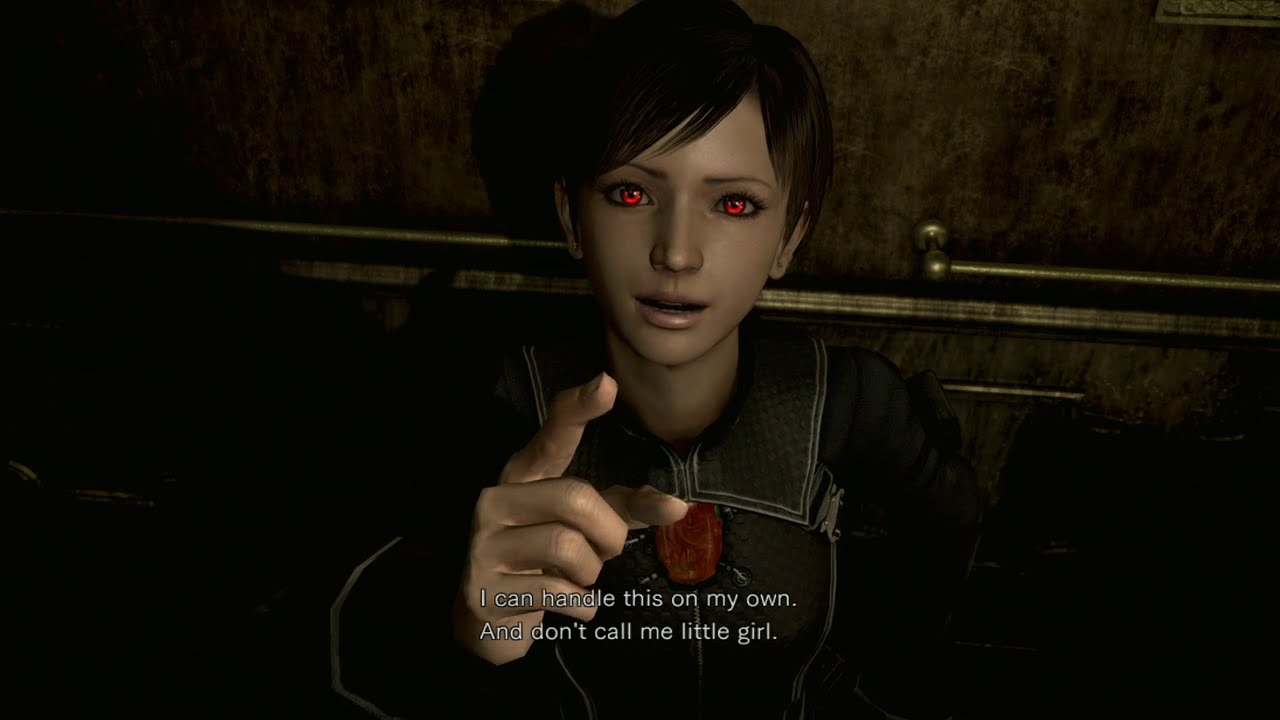 Even the mighty Blizzard can’t protect their players all the time against these types of scams. If there was ever anything that was somewhat immune to the poisons of phishing, it would have been Steam. Steam accounts enjoy some of the most hardcore security that a company could ever provide. But it isn’t at all infallible. 77 thousand Steam accounts get hacked everyday and that’s just the tip of the iceberg. Most of the time, however, the problem with a hacked Steam account is due to the neglect of the owner.

Phishing scams will foll you into thinking tthat there’s something good at the end of that tunnel and you’ll be throwing your personal info to them. A good example of the most common kind of Steam account Phishing is the offer of free games. They’ll randomly send emails something like “Valve has given you a gift subscription to the game Dark Souls� 3 on Steam, the leading digital distribution platform for PC games,” making it sound as legitimate as possible. Clicking on their link will send you to their fake Steam site that looks so much like the real one, expect for the unusually shady address. Completing your “transaction” (after you get scammed lol) tosses you to the main Steam website so that you think it’s just some glitch or something.

But it’s too late; they know your email is tied to a Steam account and will be attempting to crack your password with different kinds of 3rd party programs. If you’ve ever fallen for one of these or accidentally fall for them, you can still salvage what you can by using Steam’s awesomely awesome security options like the SMS validation code system. It also goes without saying that you should change your password IMMEDIATELY and use a password that isn’t stupidly simple like pashword.

Always check the URLs you go to and the original senders of random emails. Never open or click on anything that isn’t directly from Steam or you stand to lose, not just your Steam Accounts, but all your bought games as well.

Before you know it, you’ll want to buy Steam Accounts to salvage something as close as possible to the one you used to have. Be careful out there and only shop somewhere legit.

Free PSN redeem codes or any other kind of free redeem code simply does not exist. I’m sure you know what I’m talking about: “PSN Redeem Code generator” or “XBox Live Codes for free!” Yeah, those kinds of things.

All of these are nothing but scams. Most of the time, these kinds of sites will trick you into giving up your personal information or automatically subscribing you to some useless SMS scam. You’ll then suddenly find out that you either have a lot of bills to pay or your credit card’s been hijacked. Don’t be fooled by these.

The Redeem Code Rip Off

To give an example, the image below shows what a typical scam site of a “redeem code generator” looks like: 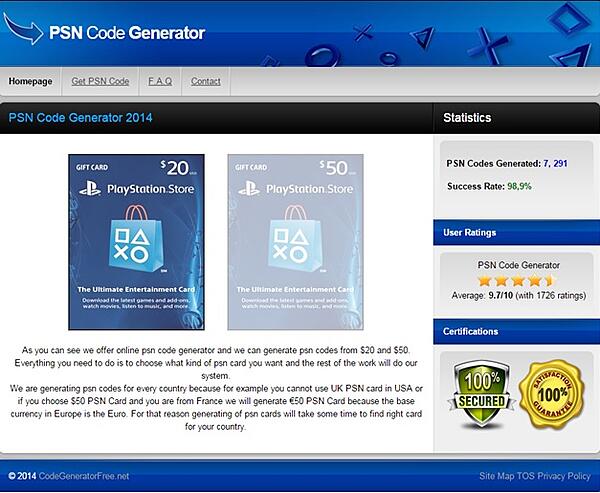 It’s natural that we’d first be suspicious of the site, so we tend to look at them closer. You’ll most often find “certified” marks on their page that are clearly visible and/or claims that they’ve been voted or rated highly by some internet website that you also don’t know. There are even ratings for the particular item you’re looking for even though there’s no real way to rate it for yourself.

All of these are just images posted on the site to make it look legit and lull you into a false sense of security. When you do decide to “generate” a code, they’ll most likely require you to share the page with a number of folks on your social media. You’ll then just be spreading the plague.

After a bunch of other steps, they’ll make you take stupid surveys before finally asking for your personal information. The most popular one they ask you for is your mobile phone number, which they will then use to subscribe to expensive apps and other subscriptions that will be of no use to you. It goes without saying that you should NEVER give your CC information to any of these sites. If you do that, then GG, you’re screwed. Cancel your credit card immediately and inform the bank of what happened. They’ll get things sorted out, but it’ll cause a huge hassle for you.

Remember, there are no such things as free redeem codes; there are only cheap ones. If you do ever need anything from PSN redeem codes to Xbox Live subs that are legit, fast, and, most importantly, safe, head off to trusted marketplaces rather than succumbing to these scams.